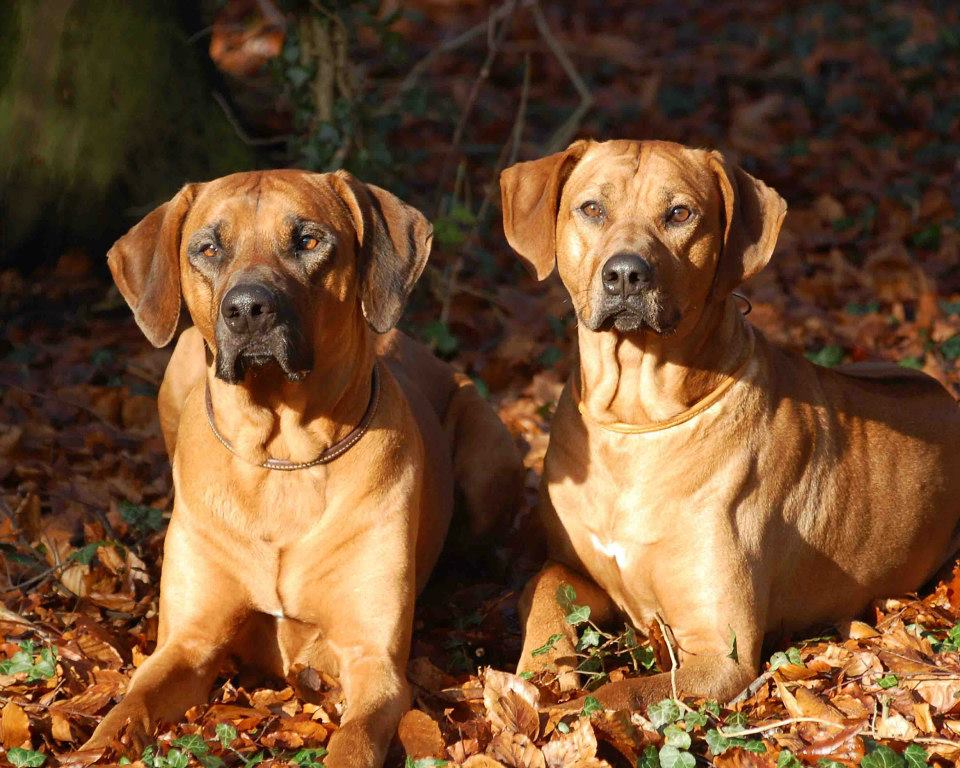 Benign Prostatic Hyperplasia (or BPH as it is often referred to) is an age dependant, non-inflammatory enlargement of the prostate gland.  This condition is one that affects older dogs who have not been castrated.  For some time now, there have been thoughts that BPH might be something that Rhodesian Ridgebacks in particular are prone to, and so a study was performed to try to find out one way or another.

Whether or not you choose to castrate your male dog is a very personal choice.   The reasons FOR castration include:

The arguments against are just as forceful:

As you can see, lots and lots of opinion on either side of the debate and one which certainly needs much consideration for each individual owner in regard to whatever they think is right for their dog, his situation and his welfare both physical and mental.  The debate, however varied, should be based on scientific fact whenever possible and this most recent study does give weight to the argument …… not of IF a dog should be castrated but rather WHEN.

An internal examination by your vet will usually diagnose an enlarged prostate and further testing with x-ray or ultrasound will confirm the diagnosis and can give a good, but not 100% assurance that it is benign.

Treatment for this condition is monitored by the use of urine samples to detect blood or protein in the urine, together with repeat examinations.

The most effective treatment is castration, although in very old or sick animals where anaesthetic risk is high, hormone injections may be tried first.

Symptoms which may indicate prostate disease:

If you note any of these symptoms, please visit your vet for a thorough check up, just in case.

A lot of people do like to try natural approaches when they can and so swear by something called Saw Palmetto.  Saw Palmetto is most commonly used for decreasing symptoms of an enlarged prostate, but it doesn’t seem to improve this condition.  While in general it seems quite innocuous, there are cases where this has had a severely adverse impact on the liver, so before embarking on this course of action, ALWAYS check with your vet so that liver function can be monitored safely.

So, the most recent study on BPH …. You can read the study in full here: BPH & RR’s study

In essence, what the study shows us is that the advantages of a dog KEEPING his testicles are well documented and scientifically proven, with the main positive influences being derived up to the age of about 5.  However, it also clearly indicates that with older dogs, particularly the Rhodesian Ridgeback, leaving a dog “entire” after the age of about 7 starts to increase the negative side of the balance … and certainly in regard to their likelihood of developing the very uncomfortable and dangerous Benign Prostatic Hyperplasia.

Summing up:  As the argument for or against carries on …  Should you, therefore, castrate your dog?  And if you should, WHEN should you do it to gain all the positives you can and avoid as many negatives as possible?  Well, from this study above, the optimum age is sometime AFTER 5 but BEFORE 7 years of age.