Home / Advice & Tips / Your Story / Is doggy first aid worth it?

Is doggy first aid worth it? 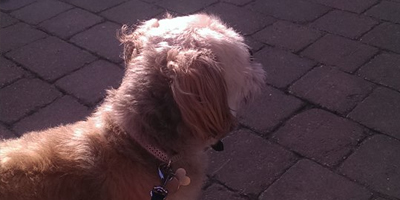 Is doggy first aid worth it?

Still wondering if a doggy first aid course is worth it?  Yesterday I received a brief message, straight and to the point, from one of our past students, Toni Trowell.  She outlined what had happened just YESTERDAY and I asked for more detail to share with you all.
.
Id just like to say that in my opinion, Toni is an absolute LEGEND for doing what she did in what must have been a very scary situation indeed.  Hat’s off to one hell of a groomer!
.
The first message is as follows: “This is Sox who half an hour previously had a funny turn on the grooming table and died.  He’d stopped breathing, blue tongue, no pulse I could find.  He is old and Im not sure what happened but whatever you taught me on my course it worked because he is back alive and kicking x”
.
When I asked Toni for more information, this is what she wrote:
“Not sure if I did things in the right order.  I noticed he’d slumped so stood him up saying come on Sox you’ll choke yourself like that, as he had a safety neck lead on.  He’d previously been sat up, so he slumped again and that’s when I thought he’s not right so I went to check his gums.  That’s when I saw his tongue was a blueish colour and he looked spaced out.
.
I checked for a pulse but there was nothing I could find and by this time I was frantic – my assistant was crying.
I blew in his nose covering his full nose and mouth 3 times and then did the compressions.  He kind of jolted after four I think compressions so I checked his mouth and his tongue was right back so I dragged that out and he coughed and started breathing.
.
I wrapped him up because I seriously thought he’d had a stroke as he was walking like a drunk dog.  I tried contacting the owner and after about 20 mins he started to shiver then after about half an hour he was totally normal.
.
Ive got no idea what could have happened, he is old but still quite spritely. I let him sit when I’m drying him, because of age.  He was a little subdued in the bath today – normally he would try to bite me when I’m cleaning his eyes but he just didn’t bother today?
.
Im so happy he’s alive – and very fussy about a hour later when it sunk in that I had saved his life x”
.
LIKE I SAID – TONI, YOU ABSOLUTELY ROCK! xxx