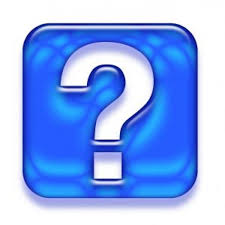 It’s a warm summer’s evening in August. You’ve had the back door open and the dogs have been able to trot in and out as they like. You look at your dog about 9pm and notice that he looks a little odd. His eyes have begun to puff and swell up, there are raised lumpy blotches on his face and he is panting quite heavily.

From the description above, one must assume that your dog is having some kind of allergic reaction.  To just what exactly, it is the question.  Possible likely candidates to cause such a reaction could be:-

It is important to consider each possible trigger on its own merrit with information such as what time of day the reaction happened, the time of year, the environment etc.  For instance, there are no snakes where I live, so I would instantly be able to cross that one off my list.  Also, a snake bite would cause the animal to be incredibly distressed and in pain.  Although the dog is showing signs of a reaction, he is not crying or obviously in distress so a snake bite would be unlikely anyway.

If the dog was stung by a bee, there may be evidence of the stinger still left in the dog.  If so, use a credit card to scrape downwards, removing the stinger.  Do not use your finges or a pair of tweezers to remove the stinger as this would inject further sting venom into your dog.  Apply bicarbonate of soda to the sting to neutralise the acidic bee sting venom.

If the dog was stung by a wasp, there will be no stinger left behind but the sting site will be raised, red and sore.  Use an acidic solution such as vinegar or lemon juice to neutralise the sting site.

If you are unsure whether the sting was caused by a bee or a wasp, err on the side of caution and merely treat the sting site with ice and cold compresses to relieve the discomfort.

The other “critter” to consider might be a toad.  When a dog plays with frogs and toads he may ingest the slime in which they are covered – and in some cases this slime can be extremely toxic.  Signs & Symptoms of a severe allergic reaction to look out for include:

* Raised spots which make the coat stand up in tufts

* Major drooling & Pawing at the mouth

Please be aware that if the allergic reaction is so severe as to become anaphylactic shock, you will also see all the signs and symptoms associated with ordinary shock too ie:-

If the reaction is due to toad secretion, wash the mouth if possible.   Try not to let the dog drink any of the water that you have used to wash out the mouth.

Antihistamines can be used to treat an animal who has had an eallergic reaction.  However, you must make sure that a) you know which antihistamine medication to give, b) the dosage dependant on the weight/size of your dog, c) the frequency that you can administer the medication and d) whether it is actually appropriate for your breed of dog.

NB Some dogs from the herding breeds have a gene called MDR1.  MDR stands for Multi-Drug Resistant, which in a kind of non-scientificy explanation means that they can have a really bad reaction to all kinds of drugs that most dog’s can take without a problem – this is one of the reasons why nobody but a qualified vet should EVER prescribe medication to an animal.

The most innocent, seemingly uncomplicated drugs like Piriton, an antihistamine,  can have catastrophic consequences if given to a MDR1 dog.  The same is true of all sorts of medication including Ivermectin and Milbemycin (anti-parasitics for treating things like fleas), Loperamide (Immodium) for treating diarrhoea, and several others.  One of the drugs on the “no-no” list is snake bite anti-venom medication and, in some cases, the reaction can be even more serious than the bite itself.

For this reason, speak to your vet when you next go for a check up and ask his advice about which antihistamine, how much, and how often you could administer it in such an occasion.  If he says it is OK for your dog, then get some antihistamines and pop them in your first aid kit “just in case” – but only if your vet has said its OK.

Otherwise, seek urgent veterinary attention & monitor for signs of shock.  Remember to watch the dog for 24 hours in case the reaction recurs.