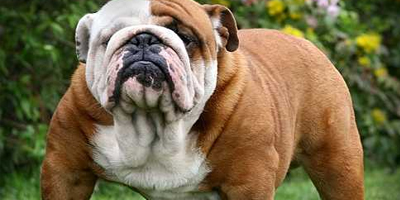 Right here goes! My name is Nicola and I attended The Rhodes 2 Safety first aid course back in July. I am a volunteer for the Edward Foundation, which held their first annual bulldog BBQ in the northwest yesterday Sunday the 28th of September. I was the designated doggie first aider. To be honest I couldn’t sleep the night before with worries, what if anything happens to any of the dogs that attended, it’s all on you!! My brain was in over drive with trying to remember all the information Kerry had taught us. I even got up to swot up on her power point the night before.

All was going well, had two bulldogs I attended too, one had a cut on his back pad and the other unfortunately had a surface wound on lip and nose roll as another doggie got a little snappy. Both areas cleaned and no further treatment required. Then a little while later my own dog started to pant heavily so I  went to get his cool coat, this was next to a pool that I had already had filled with water and a large bin with water to submerge cool coats in. I sorted my boy out and put him in the shade with his dad.

Whilst doing so I could see another dog, kind of staggering and another volunteer had put on a cool coat. I went straight over and he was rasping very loudly and unsteady on his feet! I picked him up and placed him in the pool, reassuring him all the time. Placing water on the back of his neck, making sure his belly and his testicles were in the water. His breathing was still raspy and he wasn’t settling.

I took him out of the pool as he started to froth at the mouth and started to be sick. His gums and tongue were very paIe. I got lemon juice to hand off another volunteer and gave him a good squirt down his throat to brake up the phlegm. Another volunteer got a fan and ice pack! I asked his owners to move him to a quite spot, and kept placing ice packs on the back of his neck and reassuring him all the time. After about 20 mins he started to calm and breathing was a lot better. I advised the owners to sit still for another 20 mins to ensure breathing back to normal and take him home, to fully recover! Also advised to get him checked over with a bulldog specialist vet.

Without attending Kerry’s first aid course, I would not have had the confidence to do what I did! I went into auto pilot, just kept reminding myself of Kerry saying you must remain calm as the dog will pick up on it!

I can’t thank Kerry enough, for providing me with valuable knowledge and the confidence I needed to help this boy!