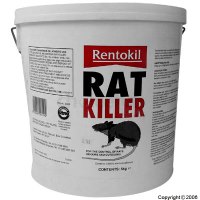 In my local area I have recently been made aware of at least 3 instances where dogs have ingested rat poison – sadly, one of those dogs didn’t make it.

Since then, another of my friends has found rat poison dumped in the garden after their neighbours took exception to the dogs barking.  So, firstly, would you know what rat poison looks like if you come across it? 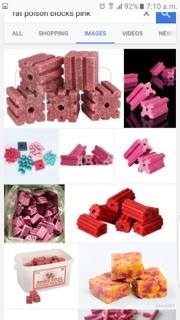 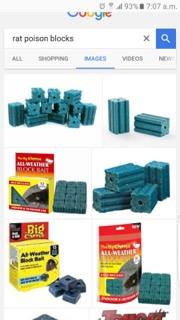 Its important to be able to spot the signs and symptoms of poisoning if you can and, as I started to do a blog on this very subject, I came across this brilliant information on the www.ehow.com website and honestly, it’s so good there is no point in me re-writing it.

This article by www.ehow.com sums it up really well and from it the following information on the signs to look out for is as follows:-

Pale Gums – Pale gums are a sign of anemia, a common side effect of rat poisoning. Your dog’s gums should be bright pink. If they appear pale pink to white or grayish white, there is cause for concern. Become familiar with your dog’s normal gum tone so that you are more easily able to spot a problem.

Drooling – Drooling, especially if accompanied by streaks of blood in the saliva, may indicate poison ingestion. Most dogs drool when they see food or become overheated, but a foamy drool without cause should be investigated. Other toxic conditions cause drooling such as eating toads, in particular can cause foamy drool, but if there is blood present, examine the interior of your dog’s mouth. If the source of the blood is not a cut or injury to the mouth, contact your veterinarian.

Sudden Weakness – Fever, muscle tremors and sudden weakness indicate a dangerous condition. The signs of rat poison toxicity are subtle; be alert to changes in your dog’s demeanor. If rat poisoning is left untreated, it can cause fatal hemorrhaging and internal bleeding.

Blood – Rat poisons cause internal bleeding and organs may begin to fail. Large amounts of blood in the urine, feces or vomit, a bloody nose or uncontrolled bleeding from the mouth or anus is a serious sign. Your dog needs immediate veterinary attention at this point.  Bleeding – Symptoms begin 72 to 96 hours after ingestion of anticoagulant rat poison. The dog will show bleeding throughout its system. Often blood flows from the nose, ears, eyes, gums and even skin. Urine or bowel movements show blood. Where the dog’s skin is visible, widespread bruising often appears.

Contaminated Rodents – Rats and mice do not die immediately after eating rodenticides. They may live for one to two days, gradually becoming more debilitated. These animals are easy prey for dogs and cats. Often, the amount contained in a poisoned rodent is not enough to kill a dog, but ingestion could cause illness.

Coughing – The dog might exhibit signs of respiratory distress, such as wheezing and coughing, as its lungs fill with blood. It is not unusual for the dog to cough up blood in an effort to clear its lungs. The dog’s gums will appear pale or white from lack of oxygen and excessive bleeding.

Abdomen – The dog’s abdomen begins to distend. Upon palpitation it will feel hard and filled with fluid as blood seeps into the abdominal cavity from widespread bleeding of the internal organs.

Respiratory Rate – The dog’s breathing becomes shallow and may appear slow. As the poisoning progresses, the dog’s breathing might become rapid and hollow as the dog gasps for breath. The animal is unable to absorb oxygen due to the abundance of blood and flood within its lungs. Respiratory distress sets in. The dog will quickly loose awareness of its surroundings.

What To Do –
If you know that your dog has consumed rat poison, induce vomiting. Administer one tea spoon to 1/8 cup of  salt water or 3% hydrogen peroxide. Use a needle-free syringe or turkey baster to squirt the solution to the back of the throat ensuring that you do not do this too quickly or choke him. Follow vomiting with an emergency veterinary visit, activated charcoal and/or vitamin K supplements.