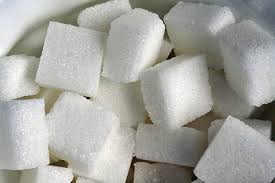 Hypoglycaemic Collapse – Insulin is produced naturally in the body to control and regulate the amount of sugar in the blood.  Dogs who suffer with diabetes AND those dogs who are worked very hard such as gundogs, working huskies, agility and flyball competitors etc, use up their calorific reserves quickly and if not replenished, this can result in hypoglycaemic collapse.

Symptoms to look out for include:-
.
Disorientation
Hunger
Lack of energy
Head Tilting
Shivering
Seizures
Weakness
Coma
Restlessness
.
Our aim would be to raise the sugar levels, back to an acceptable level.
.
If the hypoglycaemia is only fairly mild, giving the dog a meal of its regular food should be enough to raise the levels.
.
If the hypoglycaemia is moderate in nature, then their regular food with the addition of a  sugar-containing food (ice cream is great) can be given.
.
Small dogs (1 tsp ice cream)
.
Medium dogs (2-3 tsp)
.
Large dogs (1-2 table spoons)
.
.
If, however, the hypoglycaemia is severe, then a more proactive course of action should be taken to raise the sugar levels ASAP.
.
If unconscious:-
.
– Rub small amounts of the ice cream on the gums and in cheek pocket.
.
– DO NOT put too much in the mouth as this may choke the dog.
.
– DO NOT put your fingers into the mouth if fitting as you may get bitten.
.
– Call your vet for guidance and advice
.
– If the dog continues to fit or does not come round quickly, take him to the vet immediately
.
.
For working dogs such as gundogs, huskies, agility and flyball dogs who are actually doing a job of work throughout a specific day, then often giving a calorific substitute throughout the day can keep the energy levels up to an acceptable level without the worry of hypoglycaemic collapse.   A good one that I’ve used myself when competing in agility tournaments with Axl is Kronch Pemmikan from Denmark.  It smells fishy but looks like a slab of chocolate, but it actually consists of 58.5 per cent crude fat being made from salmon, fishmeal, barley, maize, brewer’s yeast, sugar beet, garlic and numerous vitamins and minerals.
.
Pemmikan reaches its full effect after about an hour. Because of this, it’s probably a good idea to split the daily ration into several small portions to keep a constant performance. The manufacturer’s recommendation is that beating and picking-up dogs should be given no more than two squares during the day.  Axl being a large Rhodesian Ridgeback had a square between each of his 4 agility runs, ie 3 in a day and it really pepped him up.
.
A bar costs around £6 and I bought ours from a stall at the agility show we were at, but I’m sure it can be purchased very easily from lots of places.
.
For further details, visit www.activepetfeeds.co.uk  –  and before you ask, no, I’m not on commission!  lol
.
.