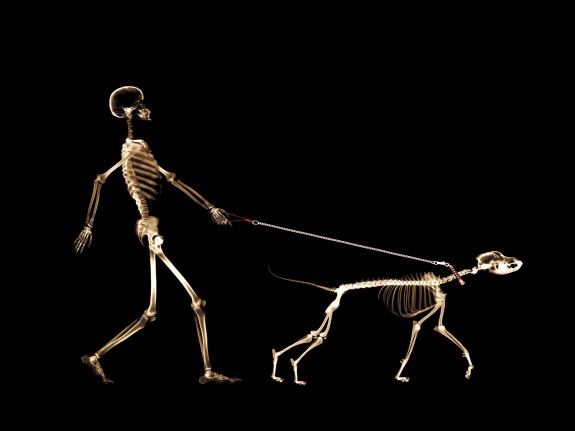 Often when our dogs are ill, we trundle off to see the vet and he recommends various diagnostic tests to try to shed a bit of light on exactly what is wrong with them.  In the absence of their being able to talk to us to tell us exactly how they are feeling, these tests are even more important when dealing with animals.

I thought today we’d have a look at the various tests available and what they are used for.  The most common diagnostic tests used by vets are:-

X-Rays – X-Rays provide pictures of the inside of your dog’s body.  The pictures are in different shades of grey rather than in colour and to try to help avoid any confusion, several pictures are often taken from differing angles.  Sometimes, the vet may use the X-Ray to look at bones and joints, such as when your dog is hip-scored to check for things like hip dysplasia

In some cases, your vet may need to see structures like the gut or intestines and for that it may be necessary for your dog to be given a substance called barium which will highlight the area much better on the X-Ray.  Although X-Rays are painless, it is usual for the dog to be sedated or under anesthetic so that he stays nice and still.

Blood Tests – Blood tests are used to measure the levels of chemicals in the blood.  Every animal’s blood (yours and mine included) has naturally occuring chemicals in it and these give what is known as a “baseline” level that we would expect to see in a healthy sample.  By checking for certain chemicals in the blood, if the levels come back higher or lower than expected, it can give a good indication of whether a particular organ is not working so well and may help the vet diagnose a problem.  Blood tests can reveal all manner of problems from immune disorders, failing organs, infections and even cancer.  It might be that he has to do a whole battery of blood tests to get to the bottom of the problem as each test reveals a different result and in order to build up a complete picture, it may be necessary to check for a lot of different things.

Ultrasound Examinations – Ultrasound is also used to look inside the body.  It’s the same technique we would use to see a baby in a pregnant lady’s uterus but instead of using X-rays which can be harmful in high doses, it uses sound waves which are very safe.  It is not so important to be extremely still and so there is not usually any need to sedate the dog before the ultrasound is performed.

Endoscopy – Endoscopy is the technique that allows the vet to see inside the dog’s body directly, by inserting a long flexible camera inside.  This method of investigation can be used to check the respiratory tract (for breathing difficulties) or the digestive system.  Unlike ultrasound, it would be necessary to aneasethetise the dog when performing an endoscopy because the equipment is very fragile and could easily be damaged if it were bitten!  Apart from allowing the vet to see the organs, it also allows him to take a biopsy from inside the tract or, in a case such as a dog who has swallowed a foreign body, removal of that object with some grasping forceps.  Removing the object this way prevents the need for major surgery.

There are many other tests available too, although they may be a little more specialised and used at more hi-tech clinics and surgeries.  More advanced computer-controlled scanning techniques are now also being used for our animals such as:-

MRI scans – An MRI (magnetic resonance imaging) scan creates detailed pictures of the inside of the body. The test is painless. It is, however, necessary to be still for several minutes at a time so the pictures come out clear, so sedation or anaesthesia is usually required.

CT (or CAT) scans – Actually, CT scans have nothing to do with cats, except that when people talk about them, they usually say “CAT scan” instead of “CT scan.” CT stands for computed tomography, so you can see why people prefer to say “CT.” CT scans are a kind of X-Ray that gives the vet a much better picture of what’s going on inside the body. CT scans show much more detail than X-Rays and don’t hurt.